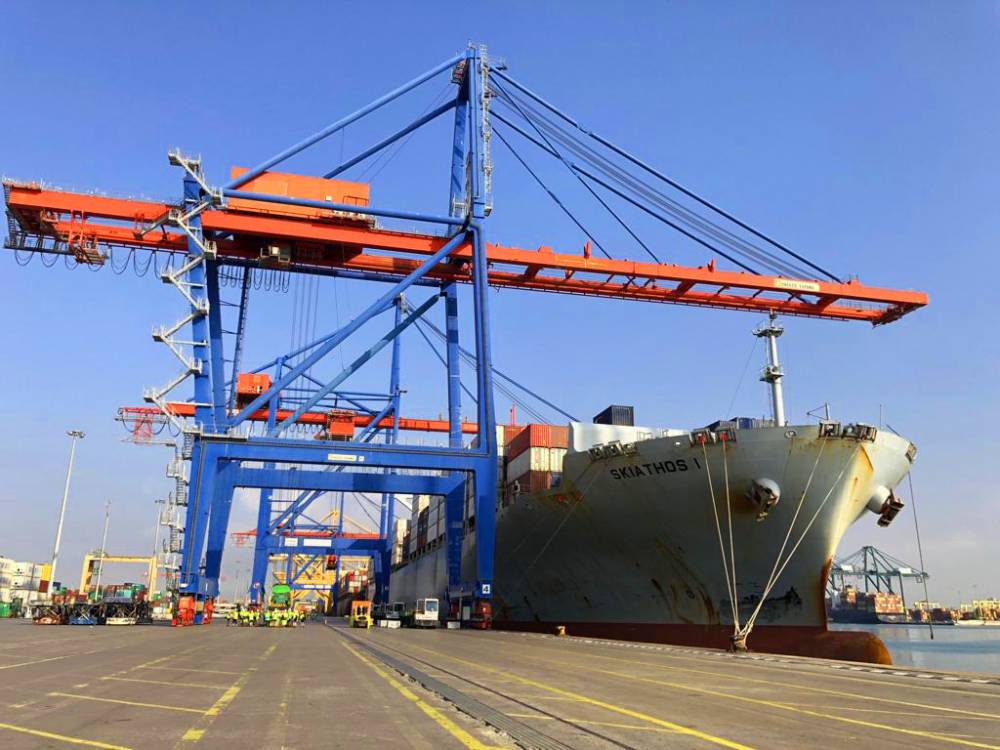 The leading container terminal in the Mediterranean, CSP Iberian Valencia Terminal, part of the COSCO Shipping Ports (Spain) Terminals (CSP Spain) group last week received the inaugural vessel of the new service between the Mediterranean and the Caribbean, MV Skiathos I.

This new regular line called "MEDCAR" will be operated by the French shipping companies "CMA-CGM" and "Marfret". The line is made up of 8 vessels with a capacity of 6500/7000 TEUs and on its stopover route in the ports of Algeciras, Marsaxlokk, Livorno, Genova, Marseille, Barcelona, ​​Valencia, Pointe à Pitre, Fort de France, Caucedo, Cartagena, Houston , Veracruz, Manzanillo and Moín.

With a length of 270 meters, a beam of 42.80 and a nominal capacity of 6881 TEU, the MV Skiathos I has made the first scale of the new Med Caribe service in Valencia. A new service that will increase the connectivity of the container terminal of the CSP Spain group.

Both operators have once again relied on the efficiency of CSP Iberian Valencia Terminal for their new project. Its strategic location and its technical characteristics make it the axis of passage of the main sea routes. CSP Iberian Valencia Terminal has 2.3 kilometers of berthing line, 145 hectares of yard and has direct connections with the dry ports of Madrid and Zaragoza.