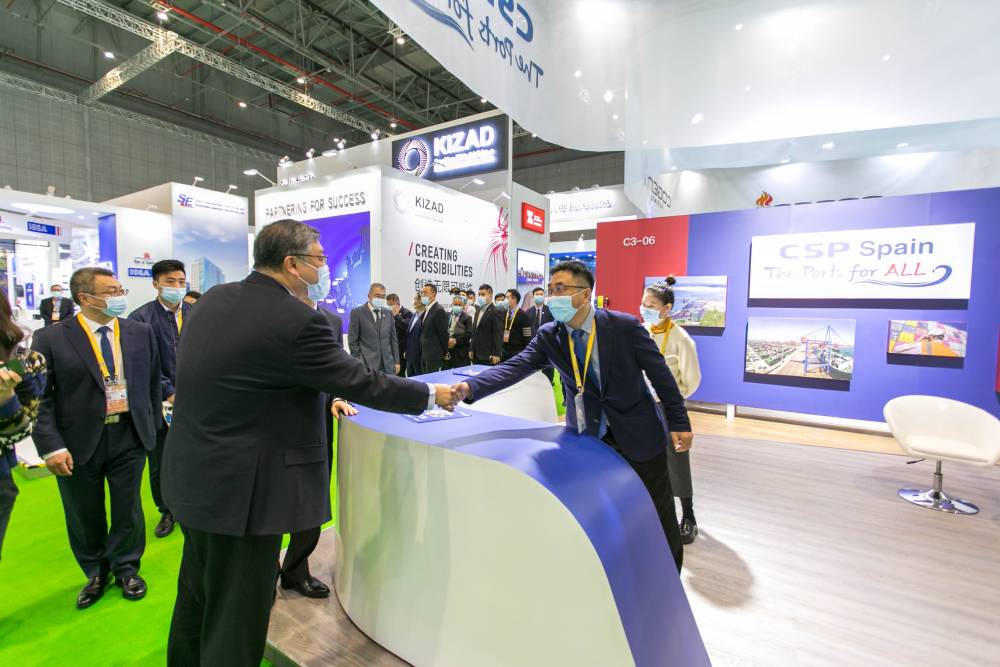 • CSP Spain had its own stand at the third edition of the Shanghai International Import and Export Fair.

• The company has a key strategic location for the development of the growth, opening and globalization initiative of the Asian market thanks to its local and international connectivity.

CSP Spain has participated one more year in the China International Import and Export Fair, which took place from November 5 to 10 in Shanghai, one of the main economic capitals of the world.

An event that has been held physically, despite the circumstances, with a high level of security protocols and adapting some content and actions to the digital platform. In this case, it is worth highlighting the opening speech of Chinese President Xi Jinping, who ensured the total security of the event and highlighted everyone's effort to carry it out.

The CIIE is one of the most important logistics fairs in the world and the participation of CSP Spain is essential to continue working on business connections and show, in the Asian country, the potential that Spain can offer through its port and intermodal offer. Madrid, Zaragoza, Bilbao and Valencia, with their union thanks to the group's intermodal operator, make the company a key element in continuing to promote the “bealt and road” initiative focused on recovering the silk road and continuing to promote globalization. This year, more than 180 countries and 3,800 participating companies have registered, despite the context of Covid-19, but, as Mr Xi stated in his speech, the organization of this event demonstrates the country's sincere desire to share its market opportunities with the world and contribute to the global economic recovery.

In this third edition, CSP Spain has presented its wide and growing global network of services in Spain, with its maritime container terminals, its two inland railway terminals and its intermodal services. The group offers a global service to its clients and connects the Spanish market through its port logistics network and strategic collaborations.

During the event, the company presented its objectives for the coming years, as well as its investment plan. In this, the modernization of systems, the acquisition of new machinery and the development of plans to improve the operability and productivity of its terminals, as well as progress in connectivity between all of them. Regarding the acquisition of new machinery, CSP Iberian Valencia Terminal highlights the completion, during this month, of the assembly of the 6 latest generation RTGs with the maximum guarantee of safety and productivity for the yard. On the other hand, CSP Iberian Bilbao Terminal highlights the incorporation, in 2019, of two RMGs, which provide support for the company's plans to expand its connectivity and the hinterland of the area. Under this same perspective, CSP Spain seeks to adapt to the evolution of the market, which in recent months has demanded more attention to reefer traffic. In its maritime terminals, the yard area has been expanded, connection points have been increased and the temperature control and monitoring service has been improved, meeting the demand of the maritime lines that are focusing on these special services.

Aware of the reality and the economic outlook, the company seeks with this action plan to join the momentum to recover from the crisis caused by Covid-19. CSP Spain, present in Spain since 1973, belongs to the CSPL Group, the largest port operator in the world. A business group that has more than 46 container terminals around the world and that adds a global movement of +90 million TEUs.