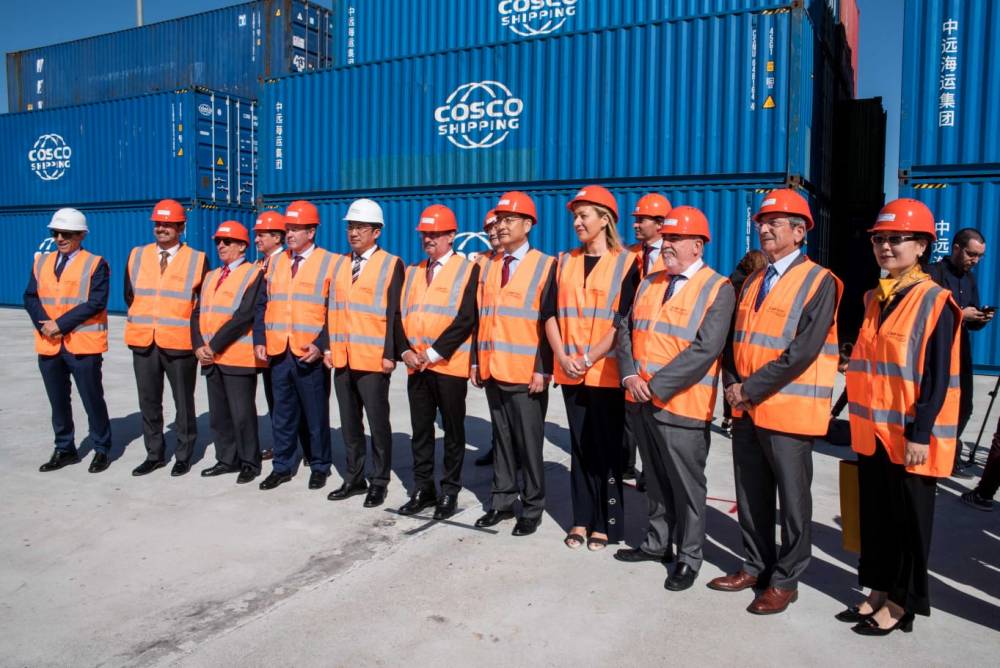 · The day had a visit to the CSP Iberian Zaragoza Rail Terminal facilities whose objective is none other than to become the nerve center of the company's logistics and intermodal activities.

· The Asian operator's investment in this terminal already amounts to 900,000 euros and employs 11 people

The president of Aragon D. Javier Lambán and the Chinese ambassador in Spain Mr. Lyu Fan, have this morning held a fruitful work meeting at the headquarters of the government of Aragon. The meeting was centered on China's development plans in Aragon. The meeting has also served to corroborate the good harmony between the two institutions.
Mr. Lyu Fan wanted to count on the meeting with Mr. Sun Kai, CEO of COSCO Shipping Ports (Spain), a company belonging to the COSCO Shipping Ports LTD group, the largest port operator in the world that moved more than 117 million TEUs in 2018 and a reference in the “One Bealt, one road” project, which aims to recall the silk road, intensifying trade relations in Asia and Europe.
During the meeting with the president, both identified the region of Aragon as a fundamental piece in the new silk route, thanks to its geostrategic enclave in the peninsula and asked the government for its continued support for this project by strengthening the infrastructure and logistics solutions that Increase commercial activity.
The day continued with the visit to one of the most important investments of the Asian giant in Spain, the intermodal terminal located in Plaza; “CSP Iberian Zaragoza Rail Terminal” where both the ambassador and the president were able to verify the efficient facilities and investment possibilities that can make said terminal the nerve center of the company's logistics activities.
To help fulfill part of this objective, COSCO Shipping Ports has already invested 900,000 euros in improving these facilities and currently employs 11 people indefinitely.
Both said visit to the CSP Spain facilities and the subsequent lunch at the Aragon government was attended by the president of the Bilbao Port Authority, Ricardo Barkala, the general director of the Port Authority of Valencia, Francesc Sánchez, the COO and CCO of CSP Spain, Elías García & Juan Ortí, the group's director of intermodal terminals, Felipe Mendaña and members of the CSP Zaragoza board, Pedro Catalá, Luis gabiola, Ramon Gómez-Ferrer and Adolfo Romero.