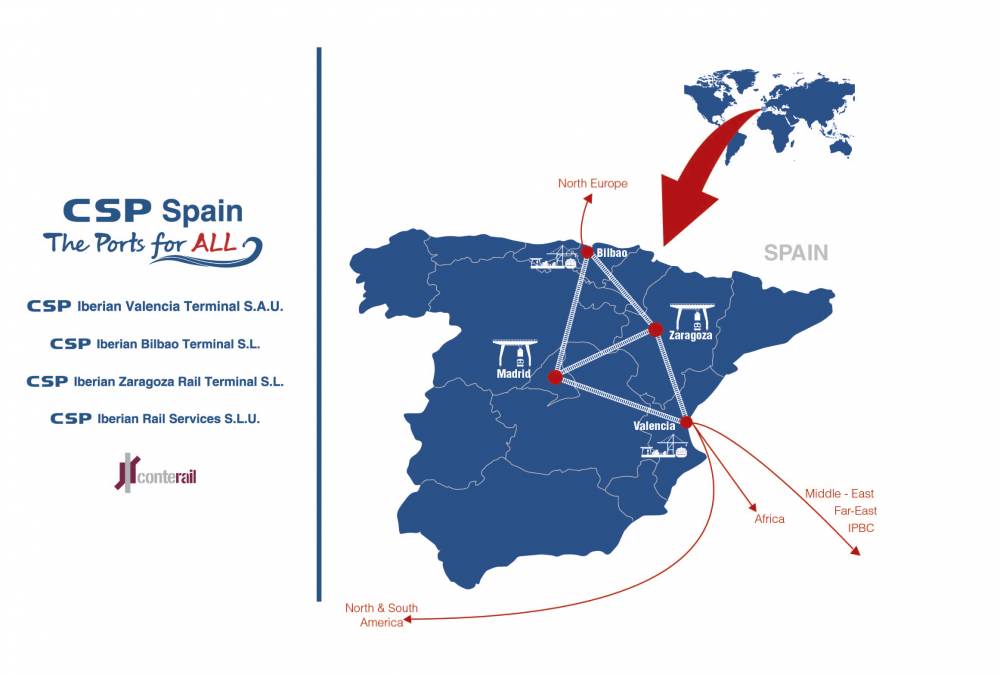 •The new Brand change will involve also the names of the subsidiaries.

• The port and logistic operator will strength its intermodality connecting the Iberian Peninsula towards its Ocean and Dry terminals.

Today begins a new era where the mission of the company will be offering integral services in the supply chain towards its marine and dry terminals in the Iberian Peninsula.

CSP SPAIN, ports and logistics leaders on the Mediterranean.